Kylian Mbappe was an unknown product two years ago but made his way through from the Monaco bench to a Rising Star and a hot sought out product with World Cup glory.

The young Kylian was determined to follow in the footsteps of his “brother” Jires Kembo, who was raised by the Mbappe family after moving to France from what is now the Democratic Republic of Congo, and who went on to become a professional, moving from Bondy to start out at Rennes.

Kylian Mbappe is still too young to buy himself a drink in the U.S., but a World Cup winner, twice French champion and has a couple of domestic Ligue 1 cups in his trophy cabinet in his home too. The France forward is the most-talked-about  and sought-out young gun in the world and is already among the five best players on the planet right now. And all of that just a month short of his 20th birthday.

Mbappe began playing as a four-year-old and it was only a few years later that it became clear he had an extraordinary talent that would eventually lead PSG to make him the second most expensive player in the world at 180 million euros ($210 million).

Mbappe spent his Developing years developing his skills at AS Bondy in the north-eastern suburbs of Paris. Since then this club is experiencing a surge in popularity and are inundated with new young people wanting to follow in the footsteps of  Kylian Mbappe.

It will feel like a long time ago for him but in two weeks, on Dec. 2, Mbappe will celebrate the third anniversary of his professional debut. It was for AS Monaco against Caen: He came on after 88 minutes to replace Fabio Coentrao at age 16 and 347 days to become the club’s youngest-ever first-team player, breaking the record set two decades earlier by Thierry Henry. Going on way, Mbappe added to his collection of match balls with a treble in a 5-0 thumping of Metz in February 2017 as his and Monaco’s season went into overdrive. Mbappe’s second hat-trick of the campaign came towards the start of a purple patch that returned 20 goals in 23 games across all competitions. The run concluded as he sped clear of the Saint-Etienne defence and rounded Stephane Ruffier to set Monaco on the way to a title-clinching 2-0 win.

Mbappe started his first Champions League Game by netting emphatically into the top-left corner against Manchester City. Monaco lost a thriller 5-3 at the Etihad Stadium but won the return 3-1 to prevail on away goals in the last 16, with Mbappe again was their Hitman. He netted three times over two legs versus Borussia Dortmund in the quarter-finals and had been widely considered as Europe’s next superstar . But by the time he scored, it was invain against Juventus in the semis. He earned selection alongside Cristiano Ronaldo, Lionel Messi, Antoine Griezmann and Robert Lewandowski in UEFA’s squad of the season which was pretty amazing considering his age.

Monaco as usual was finding it hard to hold on to Mbappe and he joined PSG for €180m after marching his club to the Ligue 1 title, the deal including an initial one-season loan. Mbappe hit 13 league goals as PSG won a domestic treble last term but he is already on track to eclipse that figure, his 12 goals the joint most in the French top-flight so far in 2018-19. He has continued to collect individual credits too, being named Tuttosport’s Golden Boy in 2017 and following up that success with the inaugural Kopa Trophy at this year’s Ballon d’or Awards – a new prize for the best male player under the age of 21. After missing out on a place in the top three for the main award, multiple Ballons d’Or look highly likely for Mbappe. Whether his long-term future will be at PSG is in doubt, though, with Real Madrid strongly rumoured to be interested and still pursuing him.

Even among the monthlong World Cup, word of Mbappé spread as a phenomenon.Everyone had to see to believe. He would fly past defenders in a blur at speeds over 20 m.p.h., before shooting the ball into the net and then dropping to his knees, a broad grin on his face, as if to say, “You’re welcome.” In the final match on July 15, against Croatia, Mbappé scored one of France’s four goals, clinching soccer’s biggest prize for his country and becoming the first teenager to score in a World Cup final in 60 years—the last being none other than Brazilian soccer legend Pelé. “Welcome to the club,” Pelé tweeted to Mbappé.

At the medal ceremony, French President Emmanuel Macron stood silently hugging Mbappé tight, seemingly on the verge of tears. More than 1 million people poured into the streets of Paris, jamming the vast Avenue de Champs-Élysées. Mbappé says he barely grasped what had happened until the team rode through screaming crowds in Paris in an open-top bus the next day. “We realized we left a mark on history,” he says.

In this day and at his age, a lot can change in the game in three years. Right now, Mbappe is at the heart of pretty much everything PSG do and what they are now. For the club, having the next big thing in world football is to be a kid born-and-bred in Paris, is a huge asset and they will want to keep him forever. But other clubs are at lookout too for this young talent.

Will he still be at the Parc des Princes in three years’ time?

Probably … but not for much longer after that. The French champions dream that Mbappe can take them to a Champions League triumph, but that may take some time. 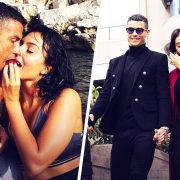