The German International has returned from an injury and Klopp says that fitness is not a problem he need some time to regain his rhythm.

The Reds manager warned Emre Can that he will need some time to get back to his rhythm after he spent some time on sideline due to an ankle injury.

The Reds midfielder has missed few premier league matches against Tottenham, Leicester City and Chelsea after he earns an injury in Liverpools 5-0 win against Burton Albion on August 23.

He just made his second appearance for the reds in the same tournament against as the reds thrashed Derby Country by 3 -0 on Tuesday. He is making substitute appearances in 33 minutes.
But klopp says that the midfielder is not 100 percent fit enough, he just need some time.

"Fitness is not a problem. Emre is a player who has a strong, strong mentality and he can fight. But you saw again it's about rhythm," Klopp told the official Liverpool website.

"You cannot go into a shop and buy rhythm. You need to work for it and that's what we are doing. I'm not rushing it.

"Emre is cool enough and experienced enough. We can use him, that's good. He is back, that's very good. But, of course, I don't know who will play at the weekend and what will happen [before] the weekend.

"The most important [thing] is that the more players I have and the more difficult the choices for me, the better it is for Liverpool."
Marko Grujic made his first Liverpool start against Derby and Klopp was pleased with the midfielder's display.

"He is a wonderfully skilled player. 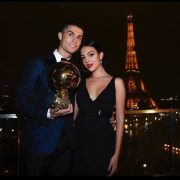