Football News: In their last domestic match Liverpool held a draw against Wes Brom, but the German manager believes that his team will bounce back against Roma.

Klopp is ready to take a different challenge against Roma.

On this Saturday Liverpool was leading by 2 goals to West Brom, but they squandered their lead and the match ended as a 2-2 draw.

ðŸ’¬ “There are always personal targets, but the main target for Mo is to finish in the Champions League spots and, in an ideal world, to go to the final – and if you are then there, to win the final."

In an interview Klopp voiced: "We don't need help like this, to be honest. It's not like we have to tell the players this wasn't good enough and we can do better,"

"It's Roma now. It will be a completely different game.

"They have set-pieces as well but they don't play only set-pieces. The ball is sometimes on the ground and then you can play football." 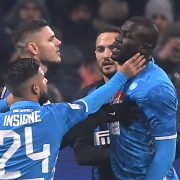