The German has given the Reds the wining mentality while he can charge up everyone to enhance his performance the 24 year Brazilian international said that.

In this Sunday the Liverpool will play a FOOTBALL MATCH against the Southampton in the EPL,and right now the Reds are sitting at the zenith of the table with 26 points in just 11 matches under the German Jurgen Klopp.

ðŸ‡§ðŸ‡· What's so good about working under JÃ¼rgen Klopp, lads?https://t.co/F9vhORwAXe

"The winning mentality, the coach has brought this. He emphasises it a lot,": the 24 year told at the club’s website.

"He gives confidence to the players. I think today we believe more in our own potential and that has made us better on the field."

In 2016 the English side Liverpool brought the German as their head coach from Borussia Dortmund in place of Brendan Rodgers.

The German coach won twice BUNDESLIGA trophy with his former side and also reached to the champions league final with them back in 2013.

The Brazilian continued: "Since he has arrived the work that he implemented is his ideas,"

"We train and practice the game according to the opponent but he always asks for the same thing, hard work with a lot of dedication.

"It's a team that puts a lot of pressure on the opponent and that is what he asks us to do,"

26 years ago the Reds have manage to won the premier league trophy for the last time, and they won the trophy for 18 times in their history and the Reds Manchester United won the prestigious trophy for 20 times. 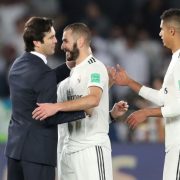