According to some rumours the Old Lady side has made the Madrid centre back their No 1 target for this summer.

World cup winner, Raphael Varane is expected to leave Madrid at the end of this season, and the Italian giants Juventus are keen to get the service of the Frenchman, and he can be a consummate replacement for the ageing Leonardo Bonucci and Giorgio Chiellini.

Zidane rejoined the Spanish capital side in the recent past, and this season Madrid are out of reach from all the silverwares, and they are ready to break their bank accounts for the summer transfer window.

According to some news Madrid have scouted few players to reinforce their team, and Madrid eyed Inter Milan’Skriniar, and Ajax De Ligt to reinforce their back four, and Varane who will get out of favour than wants to move to any other club where he will get the playing time. 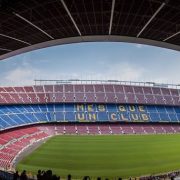