Juventus are confident of sealing Juan Cuadrado’s deal from Chelsea “in next few days”.

The Turin based club is desperate to keep the Colombia International Juan Caudradoin the club, as Caudrado played for Juve last Season on a season long loan and now the Serie A champions have launched an offer to get the deal done on the permanent basis.

The 28-year-old failed to create impact at Chelsea after his £26m move from Fiorentina in 2015 winter transfer window, that why he was loaned to Juventus last season and there he help Juventus to win the Seria A title for consecutive fifth time in a row.

GiueseppeMarotta, Juventus's president, said: "I hope that over the next few days we can conclude the Cuadrado deal.

"For now he is a Chelsea player. We presented a proposal to them and are waiting for a response, but we are optimistic."

The Serie A champions are very much confident to complete the deal with the London club, as Caudrado himself want to stay at Juventus. And the club also wants to buy the winger. 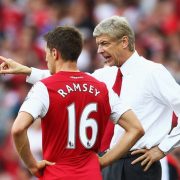