The 46 year old Spaniard wants his team to beat the Delhi Daredevils and to reach to the top of the table.

In this INDIAN SUPER LEAGUE season 3 the Atletico De Kolkata is the only team who beat the table topers Delhi Daredevils, now Molina’s men are sitting in the third spot in the table and now they four points behind from the leaders and they have one extra game in their hand as compared to Delhi Daredevils.

The Spaniard was straightforward when they lost their last match against the Pune City FC and now they are prepared to face Delhi in their next match.

“We always prefer to win every match and to lose to Pune wasn’t something which we did not need.  But this is football, now we have the next match and we have been training for this match. It will be a difficult match, Delhi maybe the best team in the league right now. We want to be where they are, and we will fight tomorrow,” Molina said.

In their last match Atk’s defense did not perform up to the mark and they have concede goals due to their defensive fall and now they will have their next match against Delhi where they have Florent Malouda and Marcelinho in their squad. And asked if he have any kind of tactics how to stop them,he replied that:

“We are going against Delhi, not 2 players, we are playing against a good team. Malouda and Marcelinho are good players but they have so many other good players. We will try to keep the ball and attack them and when we don’t, we must defend well.”

“Every team has a different playing style, some are more attacking, some more defending so you have to do something different always. Rather than trying to stop our opponents, I prefer playing our own game “,:the former Atlético Madrid man said.

And the former Atletico Goalkeeper says that in this season every team has made many mistakes so does they also done some mistakes. 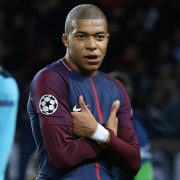