The 36 year old Chelsea defender John Terry like to be benched in this rest of the season if his side winning major trophies under the Italian.

The former English international and Chelsea defender is ready to be sidelined for the rest of the season and also ready to see out his Chelsea contract this season under the Italian coach.

This season most of the time He was droped down by the new Italian coach.

During the month of August he started three games for them and also in September he started one game for them, but after that in November he came as a substitute for them in their match against Everton.

The new formation of the Italian manager of 3-4-3 edge him out of the starting lineup, now Gary Cahill, David Luiz and Cesar Azpilicueta start the game for the Blues.

The 36 year old defender is happy to see his side from sideline they way they were dominating the Premier league and also a few days ago they reached to the FA cup fifth round.

John Terry player 19 years of football for the Blues and this is the first time he was sidelined for such huge time, but he still feels that it is ok as far as his team is doing all in all the competitions.

In an interview the English player added: "First and foremost the team is flying, playing unbelievable.

"Sometimes there’s nothing you can do as a player. I started the first four games of the season and get injured and we lose at home to Liverpool and Arsenal away and the manager is asking ‘how long till you are back?’

"And then we go 13 games unbeaten and you’re back fit but you can’t get in. And as a player it’s difficult to accept but you have to accept it.

"When you’ve got a manager like Conte who’s been honest with me from day one ‘listen you’re not getting back, in the boys are playing great the team’s flying’, you haven’t got a leg to stand on.

"I genuinely mean when I say it, but for me I am honestly hoping I don’t play this season which means they keep winning. 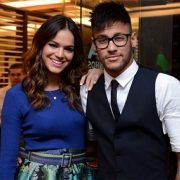 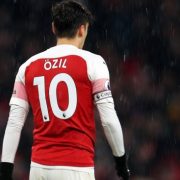