After a win in the opening match of the league against the Real Sociedad, Real Madrid’s boss admitted that James Rodriguez is well and happy at Real Madrid.

At the starting of the transfer season the rumor flows in the transfer market that Real Madrid’s midfielder James wanted to move from the Bernabeu because of the lack opportunities to play under Zidane management,

And the Premier League giants Arsenal and Chelsea wanted to sign the Colombian star, but the 25-years-old expressed in an interview that he doesn’t want any move from the Champions League winner instead of that he will fight for the spot in Zidane playing XI.

James less action for the club indicating that still there are possibilities of his move from the Spanish giant Real Madrid, he has been given only 13 min. to play in the first game of the league against Real Sociedad.

As the boss Zinedine Zidane said, “He is well and happy,"

"He worked and helped us to gain the three points against Real Sociedad." 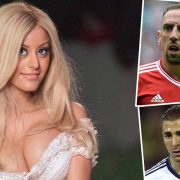