The former Swedish international Zlatan Ibrahimovic, who is currently playing for the Premier League giant Manchester United has missed a crucial penalty that denied Manchester United three points that could have taken them into temporary fourth place in the standings.

If Tyrone Mings would have been sent off for this stamp, then @Ibra_official wouldn't have had to retaliate.pic.twitter.com/1k9qV67u7K

As the Premier League giant Manchester United were held to a 1-1 draw by 10-man Bournemouth in a high-tempered Premier League clash at Old Trafford on Saturday.

And the match referee Kevin Friend ingored the second yellow for the forward and decided instead to have a lengthy chat to the Man United striker.

And in a stunning defence of what transpired, Ibrahimovic has claimed that Mings jumped into his elbow in the closing stages of the first-half and it was not his intention to hit the Bournemouth defender.

As in an interview with BBC at Old Trafford, Ibrahimovic said, "Listen, what happens on the field stays on the field. I'm not someone who attacks someone off the field,"

"You have the TV, you can see the images. I jump up and jump high and he (Mings) jumps into my elbow. It is not my intention to hurt someone." 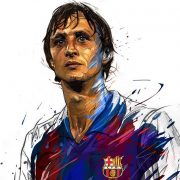