The former Mohun Bagan and Royal Wahingdoh’s head coach Santosh Kashyap, who is currently in charge of the Mumbai based I-league club Mumbai FC is the silent operator behind the resurrection of many a club over the years is in charge of the ‘yellow brigade’ this season.

The ‘magician’ as he is fondly called by the fans took some time out to speak exclusively to www.the-i-league.org to discuss his return to Mumbai, his affinity towards attacking football, Mumbai FC's target this season and much more.

*After starting your managerial career with Air India you are back in Mumbai once again. Is it like the completion of a circle?

It’s pleasure to be back in Mumbai again. I have grown up here, played here at Mahindra United and coached Mahindra United’s youth teams. After that, Air India gave me an opportunity to coach them. They hired me at the mid-season and I played my part in saving the club from relegation.

The next season was really good as Air India finished 9th amongst the 14-15 teams that were playing the I-League. After a bit travelling across the country, now I am back in my city and very happy to be here.

It’s a great honour to be part of a club like Mumbai FC. We will give our best to bring back the glory of Mumbai football. The city has a great history of the Mafatlals, Orkays and Tatas back in the 60s, 70s. It’s exciting opportunity to be here.

*Mumbai FC has been synonymous with playing a defensive football but your approach has been completely opposite all throughout. How are the boys adapting to it?

I believe in attacking football. It’s more exciting, everyone likes it. I want the crowd to enjoy our football. I have had a good look at the current squad of players. They are adopting my philosophy quite well.

*What’ll be your primary target this season with Mumbai FC?

*Generally, Mumbai FC’s home run has been impressive but they haven’t been the best travellers.

We hope for a change. Away games are always challenging. What I promise is that Mumbai FC will continue to play attacking football irrespective of their oppositions.

*Yellow Brigade was really the force behind the team last season. What’ll be your message to them?

They are doing a great job. They are loud, which creates a good atmosphere at Cooperage. I really want them to come in larger numbers to support us. The management wants to increase the engagement with the fans and they are taking proper steps for it. My appeal to the fans will be that come to cheer for Amchi Mumbai. I hope to see a houseful Cooperage this season. 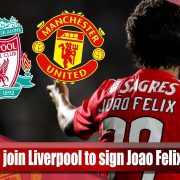