Currently, Bengaluru Fc is placed second in the Indian Super league table just next to Goa due to inferior point difference.

In an interview, Alberto Roca stated: "I expect a very tough game. They have been competitive. Against ATK they won at the last minute. They have good central defenders, also good with set-pieces. For us, it will be very difficult.  In attack, Jeje is good, difficult to stop in the last metres. Their number 10 is also really good in attack. They have a good balance. I would expect them to play a competitive game as they did in their first games,"

Gurpreet Singh will be available for Bengaluru Fc side for this encounter; he is back in the team after he served his suspension for the red card which he had picked up against FC Goa.

About Gurpreet Singh, Albert Roca said: "It is very important to talk with players and especially with those who have committed an attitude mistake. I think from the beginning he knew where he was wrong. It is football and where passion is involved it can happen. There will be players who try to provoke. If you are not aware, you make mistakes and that is what he did. It is the best lesson on him. I talked to him, and wanted to know what was behind that action? He is a nice guy, he did not do it on purpose, but it is something that you should learn from."

Fc  Bengaluru’s fans rivalry among the clubs makes it extra provoking for Alber Roca to win it for their fans.

He voiced: "The West Block supporters came to me and said that coach we have to win this game. I sai I know that we have to win all the games. But they said that coach this is more important this is a derby. It will be us an extra motivation, that is for sure. It is three points, we are on top and we want to keep our position and everybody knows. Our supporters will do that extra bit for us in such a difficult game." 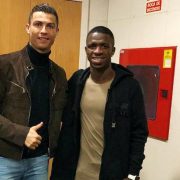