As part of their preparation for the forthcoming AFC Asian Cup Qualifiers 2019, the Indian National Team will be playing an International Friendly against Cambodia in Phnom Penh on March 22, 2017.

Did you read Indian senior team's head coach @StephenConstan's interview? Here's what he feels about the #FIFAU17WChttps://t.co/7Nf6vePNUx pic.twitter.com/4EwyR2MrEx

And the English man Stephen Constantine, who is currently managing the Indian national football team coach, now in his second spell at the helm after rejoining in 2015, has credited Indian Super League (ISL) for the rise of football's popularity in the country.

As in a recent interview with FIFA.Com, the English man Constantine said,

“From 2002 to 2017 there has been a difference. The starting of the Indian Super League has put India on the map, due to the coverage and the fanfare,”

“That has given people in the country the opportunity to see some very decent players that ordinarily they wouldn’t have had the chance to. From that perspective, the ISL has been very good.” 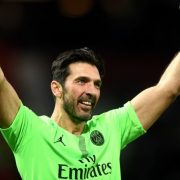