The Chennaiyin Fc coach is pleased with his side defensive duties against the North east United.

The English gaffer of Chennaiyin Fc John Gregory is happy after they managed to showcase a wonderful performance against North East United, and won their first mach in Indian Super league fourth edition.

Defensively, our boys were brilliant."

He added: "It was important we did not take any risks and I spoke to my boys and asked them to focus on defending. We wanted to not concede in the first 20 minutes of the second half. It was very important. The boys who came on had the chance to impress everybody and they did that."

After the match he also lauded about the Raphel Augusto, the Brazilian showcased a wonderful performance last night against North east United.

He voiced: "He (Raphael Augusto) took off a strapping after about 15-20 minutes on his knee. He has been battling with an injury. He was only 80-85% fit It was an outstanding contribution from him and he got into encouraging positions. He was phenomenal. We also could give him some rest as well. He is an outstanding player. It is down to myself to get the best out of him. You

have to give him space and freedom." 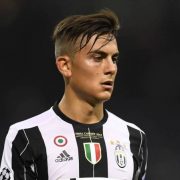