The Goa based ISL club FC Goa has confirmed their re-signing of the Brazilian defender and midfielder Leo Moura for the third edition of Indian Super League.

FC Goa will kick start their third edition of ISL on 4th Oct. against the Highlanders Northeast United FC in Guwahati.

The 37 –years-old Brazilian has already played the last season of ISL with the Goa side, scored two goals and provided eight assists, which is the highest assists for the FC Goa and second highest in Indian Super League.

He also became the first player to complete 500 passes last season and the Brazilian took the Gaurs to the final against the Chennaiyin FC in the last season of the ISL with his quality of performances, which pleased the club to re-sign the Brazilian man.

And he is definitely going to be a big boost to the FC Goa squad again as the Zicco’s (head coach of FC Goa) side don’t want to be disappoint in this coming season of Indian Super League. 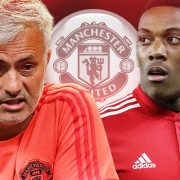