On Monday, 13th March, the India National Football Team has started their first training session ahead of its AFC Asian Cup third-round qualifier against Myanmar in Yangon on March 28.

According to the sources, a total of 15 players have already joined the national camp in Mumbai.

And rest of the selected players for the national camp from Hero I-League clubs Mohun Bagan and JSW Bengaluru FC will be joining the camp on Wednesday, according to a release from the All India Football Federation (AIFF).

And speaking about the training session, the English man and Indian national team head coach Stephen Constantine said, “For me these are the best moments when you are able to train with the national team. It’s the thing which I do best.

“The national team obviously is the mirror of a nation’s football and I think in these last two years we have managed to make the nation proud. We still have a long way to go but our objective will be to qualify for the AFC Asian Cup UAE 2019.”

Stephen Constantine also added that the home side Myanmar has a young squad and a very good side and their German coach (Gerd Zeise) has developed the boys over the last eight years.

“Myanmar are a young squad and their German coach (Gerd Zeise) has developed the boys over the last eight years.

“They have shown in the recent Suzuki Cup that they have developed into a very good side and they will be very difficult to beat at home.”

Indian National Football Team will also play an international friendly against Cambodia in Phnom Penh on March 22, before the AFC Asian Cup third-round qualifier against Myanmar in Yangon on March 28. 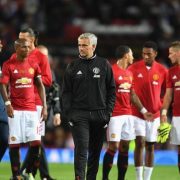