The India U-17 World Cup squads are currently in Russia to play the Granatkin Memorial Tournament, couldn't earn a positive result in their last match of the round-robin stage against Estonia U-18 on Saturday (January 14, 2016).

After beaten by the Lativa u 17 sides by 4-1, Indian U 17 side can’t qualify for Quarter-finals, but the match against Estonia U-18 on Saturday was a play-off one for 9th to 12th positions.

As in the first half India took the lead in the 37th minute when Joysana’s shot deflected off Pihelgas to roll into his own net.

But, even after India U17 boys has more of the ball possession and dominating both the halves, Estonia were smart enough to found a way back to the game and in 70th minute, Estonian boy Sorga equalize the score as dribbling his way into the box and unleashing a left-footer which beat a diving Indian Goalkepeer Dheeraj Singh.

And then again in the 87th minute of the game Estonia side had scored the winning goal of the match by following a long free-kick, Pihelgas won the second ball and blasted it into the net. 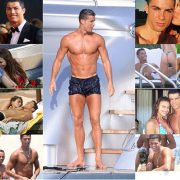