The Danish goalkeeper acknowledge that he love to chase glory than he hold back to others that he savor the pressure of the last line of defence.

The according to the 29 year old Danish goalkeeper he confess that there is a part of his who likes to score goals for the team rather than stopping other goals.

“I still want to be scoring goals! It’s the easiest part of football, no it’s not, it’s the best part of football – the one you enjoy the most. But I always knew that my particular skillset was more suited to being a goalkeeper.”

"Being the last line of defence brings pressure, with one slip-up often proving catestroophic in a game as low-scoring as football. But Schmeichel relishes that.

“The pressure of being a goalkeeper is one of those things that attracts a lot of people to the position, if you don’t have that, if you don’t enjoy that pressure, I don’t think you’re suited to playing goalkeeper.

“It’s about being strong mentally, being able to see the difference between making honest mistake and silly mistakes. You’ll make mistakes, but if you make mistakes by trying to do the right things, then they’re mistakes that most coaches and most teammates can accept.” 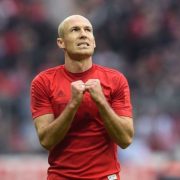