Brazilian professional footballer Marcelo Leite Pereira is simply known as Marcelinho, who plays for Delhi Dynamos as a striker is on the radar of the I-League giant East Bengal.

The Kolkata based I-League club Kingfisher East Bengal FC wants to sign the Brazilian forward Marcelinho, who is the current top scorer of the Hero Indian Super League with nine goals in his 13 appearances for the Delhi based ISL club Delhi Dynamos FC.

But the 29-year-old versatile Brazilian attacker Marcelo Leite is not interested in a move to East Bengal FC and currently he is focused on the final stage in Indian Super League as his side Delhi Dynamos FC will play their first leg of Indian Super League 2016 semi final on Sunday 11th Dec. against the Steve Coppell’s side Kerala Blasters.

The Brazilian forward confirmed the news by posting a note on his Facebook page,

“I will not transfer to East Bengal (India) in January.”

“I appreciate the contact from the fans but I am focused at final stage in ISL with my team and also I don't talk about my future at moment!”

“Reporters please be more honest with the passion of these fans.” 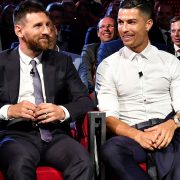