The Uruguay international Luis Suarez, who is currently playing for the Spanish giant FC Barcelona has recently admitted that he wasn't obsessed about not scoring in five games.

The 30-year-old Uruguayan forward Luis Suarez has already scored more than 80 goals for FC Barcelona since 2014, but he has not scored any goals for Barcelona in their last five games before scoring twice in their recent win over Espanyol.

And after coming back on the score sheet, scoring twice in the win over Espanyol, Luis Suarez said, "Of course I am happy with the two goals I scored, for what they mean, but I want to make it clear that I wasn't obsessed about not scoring recently.”

"They're things which happen in football. The important thing is to help the team, it doesn't matter who scores the goals."

The Uruguayan added, "It was not an easy game at all. Espanyol came out well in the first half and were well organised in defence.

"We couldn’t find a solution. But thanks to our intensity, desire and our ambition we didn’t give up — and the goal eventually arrived and calmed us down."

For Suarez, "the win today was priceless, of course. We have to win everything, the three games we have left, there's nothing else — we just have to keep winning and keep the pressure on and see what happens in the end." 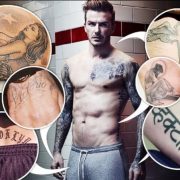