On 4 January the 44-years-old France man Zinedine Zidane has appointed as a new manager of Real Madrid, after Real Madrid’s officials has announced the dismissal of manager Rafael Benítez. His first match as the club's new manager took place on 9 January against Deportivo de La Coruña and record a win of 5-0. On 2 April Zidane won his first El Clásico as a manager as Zidane led his club to a 2–1 win over Barcelona and became the first Real Madrid manager to win a Clásico match as a debut manager after Schuster. The France man led his team to the 2nd position of the league by losing one point to FC Barcelona at the end of season and also led to the glory of the Champions League title as Real Madrid defeated Atletico Madrid in the final.

In an interview the 31-years-old Real Madrid star Ronaldo has expressed that Zidane arrival is the reason behind the Real Madrid success last season and he believes last season was one of the best seasons in his career,

As Ronaldo said, “We didn't start well last season, but the end was happy,"
"I think everything improved with Zidane's arrival”

"We won the Champions League and I was top scorer and that was probably one of the best seasons in my career.

"Looking at trophies only, it was sure my best season. I also won Euro 2016 with Portugal, which was an exceptional success for me."

Recently the Portuguese star forward Cristiano Ronaldo has led his national side to the glory of UEFA Euro 2016 as Portugal defeated the host team France in the final of the Euro 2016 and made his name on the three-man shortlist of the best player in the Europe alongside Gareth Bale and Atletico Madrid forward Antoine Griezmann.

On the nomination alongside Gareth Bale and Atletico Madrid forward Antoine Griezmann, Ronaldo expressed that as a privilege,

Ronaldo said, “It is privilege to be alongside Bale and Griezmann and fight for this award.”

"Since this trophy has been introduced, I am always there, winning three nominations.

"This is proof I've had a great season, not just individually but also with my teams. It was great to lift the Champions League trophy with Real.

"It would mean very much to me if I won the Best Player in Europe award. But it is more important that we won trophies as a team." He added. 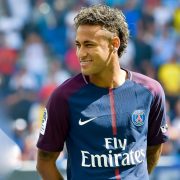