The Portuguese star who won Champions League under the special one in 2004 for Porto, he confess that he love to see him wining more trophies with Manchester United.

The former Portugal international says that he love to see Mourinho‘s team to win the Premier League this season.

The former Chelsea star has spent two year at Stamford Bridge, under Luiz Felipe Scolari and Carlo Ancelotti he had manage to won  the league title and two FA Cups.

But this time the 39 year old is supporting his fellow countrymen Mourinho to win the League title with the Red Devils, he won the Champions League title under Mourinho with Porto in 2004.

"When Jose is at a club, everyone is looking at him," he said on Wednesday. "I think he is the right man for the job.

"The expectations are so high and they invested a lot. Everyone is waiting for something good from United. From my perspective I hope Jose can win the Premier League with United like he did with Chelsea.

The Portuguese is confident about the Italian who took the charge for Chelsea this year {Antonio Conte}, he thinks that he can bring back the success at Stamford Bridge, in the face of the tumid competition in the Premier League.

"It's normally difficult for all the clubs when you change managers," said the former Barcelona man. "He is a very good coach, he won everything at Juventus.

"He will bring new ideas but I think the Premier League is more difficult than before. The level has improved a lot. It is very hard to win games. I think it is normal. 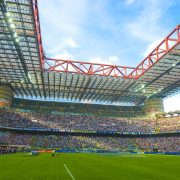