De Gea set his sights on the FA CUP.

David De Gea has set his sight to claim trophies with Manchester United as he wants to take them back to the top of the English and European football.

After the legendary Sir Alex Ferguson retired from Manchester United, they did not win any single EPL trophy apart from EFL CUP, and FA Cup, the 27-year-old Goalkeeper continuously has been linked with the Spanish giants Madrid and in these years he has added much individual silverware to his cabinet as he has won four PFA team of the year.

Now the Goalkeeper has set his sight on the FA cup where they will meet Chelsea in the final in the next month.

De Gea voiced: "I'm playing well, I'm confident but I have to maintain it and win trophies,"

"That's what world-class players do."

After Sir Alex Ferguson’s retirement United struggled in their domestic league, finishing no better than fourth, but now this season they are in the second spot just after Manchester City.

Under Mourinho De Gea believes United can go to that level where they belong to,

Mourinho added: "It was odd [under van Gaal]. Finishing fourth is not good enough,"

"I want to win. If you are at United, you need a manager with a winning mentality. We had that with Ferguson. Mourinho has it. He wants to win every game.

"We spoke in the Euros and he told me he wanted me with him and wanted trophies. We've had a tough time since Ferguson retired. It's hard to diagnose. It has to be more.

"Titles are what I crave. We have to get United back to their best, back in the Champions League, back as the champions of England, back to the top." 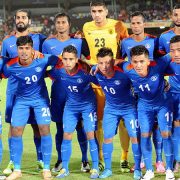