The Kerala based Indian Super League club Kerala Blasters FC need is one point against the Highlanders Northeast United FC, to keep the last remaining semi-final spot in the 2016 Hero Indian Super League as both teams will be playing their last league match at the Jawaharlal Nehru Stadium in Kochi on Sunday.

And according to the English man and the Kerala Blasters FC’s head coach Steve Coppell, let it be known that a draw would be the last thing on their minds going into the contest, but at the same time they won't be overly aggressive or defensive and that circumstances alone will dictate how they play tomorrow.

As speaking to the media on Saturday, Coppell said,

“I don't know how to play for a draw… I don't think it is a question of doing anything different than what we normally do and we certainly won't be playing for a draw. If we were away from home, then it could have been a little different. We have a fantastic crowd supporting us at home and we will just go and play and see as the game progresses and situations become apparent, then there might be a change and it will be apparent to everybody and not just me, and if the either side needs a goal for whatever reason, then obviously decisions will have to be made to get that,”

“We will just play and we will not go out and try to protect what we have got as that would be a suicide, and at the same time we won't be stupid and just throwing in men forward. It is not just me, the players also understand the situation 100% themselves and they will adjust themselves as the game progresses.” The English man added.

According to the 61-year-old, Northeast United, who won the league opener game against the Kerala Blasters at Guwahati 1-0 earlier in the season are a tough team to beat,

Even after the Highlanders have never beaten Kerala in Kochi but the Blasters head coach wasn't taking Nelo Vingada's men lightly,

“They are a tough team to beat and if you saw them at the start of the season you would have thought this team is guaranteed to make it to the semi-finals and then they had a tough spell but the quality of the team is that they can bounce back and credit to them as after a number of defeats you would have thought that they have lost their threat but they have done well to get it back. The first game you know was a very close game and I think they edged it but as I say you know, may the best team win tomorrow,”

“They have a fairly defined way of playing and they have got very strong and attractive forward players and they have also been very compact defensively, so you know again they would try to use their solid foundation going forward but I really don't expect them to come out all gung-ho.” He added.

On that Coppell said,

“I would like to say it is the best atmosphere from any of the grounds that we have played at, and it is a wise decision from the league as the people of Kerala love their football and whether we are in the final or not, the people of Kochi will embrace the final and make it a great spectacle,”

And lastly, when Steve Coppell has been asked about the fitness of the former Newcastle United Star and current Kerala Blasters star forward Michael Chopra,

“He had a thigh issue for a few games due to which he could not play and I considered playing him against Kolkata but the day before the match, he got knocked out during training and he was not well in the team bus while going to the hotel, so we could not play him and he has missed a few games but he is in contention for tomorrow,” Coppell concluded. 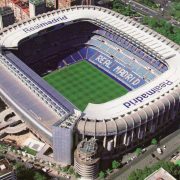