Football News: The special one reminded the media that he has won more premier league titles than the combined of the other 19 coaches of the premier league and because of that he demands respects from others after Manchester United’s defeat against Tottenham by 3-0 goals.

Mourinho believes still he is the best in the business.

Last night Manchester United suffered their biggest defeat under Mourinho in their home soil in any competition, last night Tottenham was riding their early storm on the Red Devils and came out as deserved winners after 90 minutes, thanks to Lucas Moura’s brace and a fine header from Harry Kane.

This defeat heaps more pressure on the special one, who has suffered a frustrating transfer window with United and also in the second week faced defeat against Brighton and Hove Albion by 3-2 goals.

"Three for me, two for them. Respect, man. Respect, respect."

"For the team to fight the way they did, with empathy, with solidarity and dignity to play together for Manchester United… one thing is clear: the team is united." #MUFC

In the press conference, he was walking out of the room by repeating the word respect. 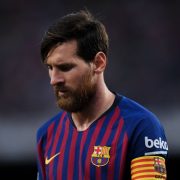