Germany international and Real Madrid’s midfielder Toni Kroos have recently admitted that, he would never make the move to the Barcelona and that he could end his playing career in 2022, when his contract will be ending with the Spanish giant.

Proud to be among the nominees for "THE BEST". If you want me to be on one of the top spots – make your vote here: https://t.co/42oXrYAGLw pic.twitter.com/YqyrnCO6cM

There are many, who have played for the two Clasico rivals during their career likes of Luis Enrique, Michael Laudrup, Ronaldo and Luis Figo but the German man has no interest to join the list.

The 26-year-old Germany international has already made 79 appearances with four goals for the Real Madrid and recently signed a new contract last month to keep him at Santiago Bernabeu until 2022.

And in a recent interview the Real Madrid midfielder Kroos has admitted that he would love to end his career at the Santiago Bernabeu rather than look for another club.

As Kroos said in an interview with Kicker,

"I do not envisage going to Barcelona,"

"There are certain transfers you simply don't do. This has a lot to do with respect. Respect for tradition and the fans.”

"At 32 one has already given his best years in football and as for physically it seems a good age to quit, but I do not want to commit to what might happen between now and six years' time.”

"Real Madrid is my club. In the last two-and-a-half years I have grown in a sporting sense and personally. “

"From the first day I found a positive response from team-mates, fans and coaches." Kroos concluded. 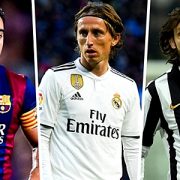 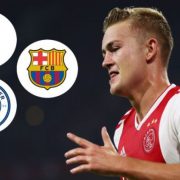