This season the Bundesliga giants have signed Kingsley Coman, Niklas Sule and Sebastian Rudy to their squad, and the former Bayern Munich coach believes that his former side will not spend more.

For the next season, the Bayern Munich side already signed the Hoffenheim duo Niklas Sule and Sebastian Rudy and also they have permanently brought the French youngster Kingsley Coman.

The German champions are believed to add a new striker to their squad but the former Bayern Munich coach believes they will not bring someone who can rival Lewandowski.

Ottmar Hitzfeld the former Bayern Munich coach also believes the Bayern Munich wingers Arjen Robben (33) and Franck Ribery (34) do not need a replacement right now as they are still capable of making the difference for their side.

He said: "I do not believe that a major change will take place at Bayern,"
"In attack, they have a superstar in Lewandowski.

"Robben and Ribery are getting older but are still at the absolute top level.

"If you buy world-class attacking players you only get someone who is going to make a fuss."

As per the reports, the Bayern Munich side is not happy with the Italian manager as they did not manage to win a single game in their last five domestic league games and also after getting eliminated from the Champions league by Real Madrid.

But the Bayern Munich chairman backed the Italian manager after their 6-0 win over the Wolfsburg and with that win they have secured their fifth consecutive domestic league win. 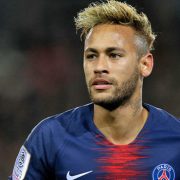