The Spanish midfielder primarily thought that his club mate was playing a ruse when he was informed that his awaited national team call forthcoming.

The 27 year old believed that his first ever national team calls was an expanded bluff by team mate David de Gea.

Julen Lopetegui the Spanish coach called up the Spanish midfielder for the first time at senior level for this week’s World Cup qualifiers against Italy and Albania, but he agreed that he didn’t convinced when his team mate David De Gea called him unexpectedly.

“I was in Madrid, staying at a hotel in Paseo del Prado for a couple of days with my daughter and my girlfriend to enjoy the city and climate, which we missed a little bit [in England]! David de Gea called me unexpectedly and I thought he was calling me for something else,” Herrera explains.

“He said, ‘Come over here.’ ‘Here? But where’s here?’ I replied. I didn’t realize at that moment. ‘Lopetegui told me that you will come with us,’ he said. I thought it was a joke, and even asked him if it was.

“I packed my suitcase really quickly, and then Lopetegui called me. I took a taxi to come to the Spain training centre as soon as possible as I didn’t want him to turn to another player who could come sooner than me!”

The Red Devil midfielder never gets his international cap for Spain, he persist that he will feel at home in the national squad thanks to his earlier experiences with the team mates.

He added: “Aside from meeting him at Manchester United, I was with him (De Gea) also for a long time in the Spain under-21 team and the Olympic team… we are close friends!

“He has been a bit of a guide here, but the group is very normal anyway as I know lots of players from the youth teams and the reception has been very natural. They make you feel part of the group very quickly and I am happy to be here with them.” 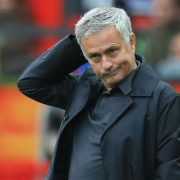