Manchester United News: Paul need to improve his game, not his hairstyle.

The former Manchester United star man David May believes the unrestrained lifestyle of Paul Pogba could be the reason for his dip in form, and he should be more focused on the field rather than his new hairdos.

May voiced: "At times Pogba is a frightening player and on his day he’s unplayable. I just don’t know if the off-field stuff gets in his way, his antics of getting his hair coloured every other day,"

" Jose [Mourinho] is trying to play him in his right position to get the best out of him and maybe he needs another holding midfielder to say ‘right go on then, express yourself’.

"I do think that playing on the left side of a three is his best position and from there came his best performance which was at Everton away. Given time the team will be built around him."

This season also Manchester Unites side Alexis Sanchez from Arsenal and he is also finding his life hard at Old Trafford in his first season, but May believes that there is plenty of time for him to settle things around.

"He wants to be involved in everything but he needs to be told that standing still is a good position.

"He’s an absolutely fantastic player and everybody knows that after what he did with Arsenal but he needs to take a step back and enjoy it.

"He’s forever looking for the ball but sometimes you have to let the ball find you."

Right now Manchester United is 16 points shy of the second spot Manchester City in the EPL table and they will return back to action on this Saturday against Swansea City. 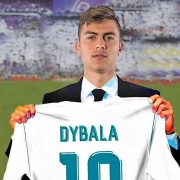