The Manchester City side fails to take the advantage despite their city rivals fail to capitalize against Swansea City in their home ground, but the Manchester City coach is adamant that his side can prove that they deserve top four places.

In their last match against the Middlesbrough side, the Manchester City side drew their match by 2-2 goals but the manager believes they should have won that match in their voyage for Champions league qualification.

In that match the Sky Blues two times came from behind and drawn their match against their counterpart, Aguero scored the first goal from a spot kick and in the second Aguero sets up a wonderful ball from Gabriel and he scored from a wonderful header.

But after the match, he felt that they should have collected all the three points from that match.

He voiced: "We put together Sergio and Gabriel up front,"

"Normally we play with one striker but I didn't want to put Kevin De Bruyne in the role as a holding midfielder. I prefer to have him free to connect with our full-backs and to have two strikers in the box.

"We deserved to win, definitely. In the second half, we made absolutely everything. They crossed the [half-way] line twice.

"In the first 20 minutes of the first half they created chances, but in the second half we were much better."

About that spot kick Guardiola refuse to drawn any kind of controversy that award his side a penalty when Sane was down in the box by Marten De Roon.

"If I didn't complain about the penalties that happened [against City] during the season – and I could make a long, long list – then I'm not talking about the referees today." 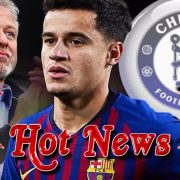