The former AC Milan player was happy to have Marcelinho in his squad, and he praises about the winger as in their last match he has scored one goal for his side and also assisted a pass against FC Goa.

In their last match Delhi Dynamos has picked up their second win against FC Goa, where they managed to beat by 2-1,and now the first phase of the competition has over and he is a happy man to win two matches out of seven but he did not blame his crew to en those remaining matches as a draw.

"It was not a problem for me that we drew a lot of games. Teams played well in the last two games against us. I have had absolutely no problem with us drawing games but I am happy with today’s result,":Zambrotta told that.

In their match against FC Goa Zambrotta used a tactics and that worked against their favour, in the hour mark Marcelinho and Kean Lewis were thrust into the game.

Thought the Italian said that it was not a tactical change at all he just gives out the Brazilian the needed rest.

"It was not tactical. I just wanted to give them some rest. I wanted to play Bruno Pelissari today who had a great game. I wanted to give Kean and Marcelinho some rest to recover so that they come on in the second half,”:the 2006 world cup winner explained.

The 29 year old Brazilian displayed amazing performance in their match against FC Goa, and the Delhi coach is delighted how the Brazilian is performing for them and he also mentioned about Kean Lewis and Badara Badji,who they are playing under him it was incredible.

"Marcelinho is very important for us. He has played well in all games. He needed time to recover to start in the second half. It was also important what Badara and Kean Lewis contributed to the team. I am happy with the entire team,":Zambrotta. 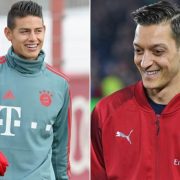