Delhi Dynamos will face Kerala Blasters in their second match in the ISL Season 3, in their first match against defending champions the show their true colors against them.

Delhi Dynamos head coach the Italian Gianluca Zambrotta exerted that they are not overconfident against Kerala Blasters nonetheless they were brilliant against Chennaiyin FC.

“They’ve lost 2 matches but they will be angry and looking to respond. With 65000 supporters cheering them on, it will be hard to beat them. This is an important match for us. We are not overconfident and are taking it one game at a time,”said the former AC Milan full back.

“It is very important to have players who are versatile in any squad. Players who can respond to different situations and positions. I’m working hard with my players so that they can absorb my ideas and philosophy."

In his previous game the former Barcelona full back Gianluca Zambrotta faced his compatriot Marco Materazzi and he managed to win his first ISL match against him, now he will face the Englishman Steve Coppel.

“Steve Coppell is a very important coach. It will be very interesting to play against him. Kerala have several important players like Hughes, German. It will be good test for our team,"- he added.

The Frenchman Florent Malouda he desired to start to match from the bench, that’s why the Italian substituted him in the second half of the game,

He added- “Malouda is a very important player for us. He’s our captain and is experienced. He felt that he was not ready to start against Chennaiyin. It was not a tactical decision.” 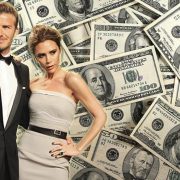