The Argentine boss of Tottenham played it sheepish when questions asked to him whether Kane will play in the match against Manchester United or not.

The Spurs' manager Pochettino voice that the English international is set to miss their weekend match against the Red Devils side in this Saturday.

The 24-year-old was sat out in their last match against the West Ham where they have faced a shock defeat from them,

In the Midweek’s match when he was out from the first Xi everyone thought that he was rested following their match against Manchester United but right now his presence in that match for Tottenham is in a doubtful situation.

Questioned was asked to the Tottenham manager if Kane will be on the team sheet in their match against Manchester, in reply Pochettino said: "We'll see, we'll see,"

"We need to assess the team because we were forced to rotate for different reasons and we'll see what happens in the next few days."

In his last match Kane scored a brace against Liverpool, and this season so far he has scored eight premier league goals for them. 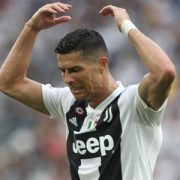