Football News says the Liverpool left-back saw his presence at Liverpool after being questioned over summer, and he answered his critics in a best possible way.

This season the Spaniard left back able to recapture his form for Liverpool and he avouches that he lives in Liverpool.

In the year of  2014 the Spaniard joins Liverpool side and after that, he fails to deliver what is capable off, last season also he just only made 18 appearances for them in the season, and it was presumed that maybe he will be moved out by the German Manager in this season.

Alberto Moreno says that he was well aware of that rumors that were there during the transfer window regarding him but he is happy now after being stayed at Liverpool.

Moreno said: “I’m happier now things are going well for me and I’d say so far this has been a decent season for me, if not the best in my career as a professional football player.

“I’m nearly at my best, but none of this comes without very hard work. Helping the side has its roots in the sacrifices you make, the hard work in pre-season and the battling to get back in contention.

“All that is because of my desire to be here at Liverpool, one of the best clubs in the world.

On 21st November Liverpool will take on Sevilla and Moreno will face his former team in that match where both teams will try to find a way to the next round in the Champions League.

About that match, Moreno said: “It will be a special game, if I’m selected to play.

“Lots of family and friends will be going to watch. 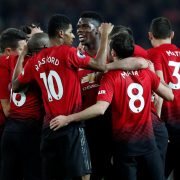