Football News says that for Chelsea’s next match Conte will not get the service of Tiemoue Bakayoko and N'Golo Kante and Danny Drinkwater, and because of that the Chelsea manager says that he has a very little option left in his hand.

The Italian manager of Chelsea Antonio Conte has confirmed that Cesc Fabregas is the only fit midfielder for Chelsea for their next match ahead of Watford.

In their last Champions League match against the Roma the newly signed midfielder  Bakayoko picked up an injury and the other seniors midfielders like Kante is sidelined with his injury and Drinkwater is also suffering from Calf Injury.

In the match against Roma Conte used David Luiz as a subsidiary midfielder and he is hoping to do same in their next match against Watford.

Conte said: "At the moment, I can say nothing about the starting XI,"

"We have many doubts. I hope to try to recover some players in these 24 hours."

Questioned asked to him if Fabregas is the only senior fit midfielder he has now in his squad he replied: "Yeah, that could be the case."

Conte added: "I'm not happy changing the role of my players. I think every player has his own role. But, sometimes, you have a situation where you have to adapt and you must be ready to pay for this. It's normal."

Conte did not want to put Drinkwater into the starting Line up with is injury but there is also some good news for the Chelsea fan as Kante is hoping to return to the action in the month of November.

Conte elucidated: "Danny is progressing well. Now he has started to work. It's very important for him to progress well and improve his physical condition,"

"It's very important to recover him very well. If I try to put him on the pitch without good fitness, I risk another injury.

"I hope to have Kante back very soon, before the international break. He's progressing well, the scan was better. He's started to work, [but] not with the group.

"If he's available before the games against Roma and Manchester United, I would be very happy.

"This season we changed five players, we bought five players. We are trying to rebuild something important. It's normal that you have to pay something in this situation." 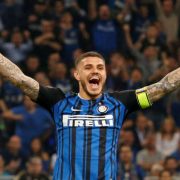