The Spanish giant FC Barcelona have ruled out a summer exit for the Brazil international Neymar and have also dismissed reports linking them with the Argentina international Juventus star Paulo Dybala.

As the La liga champions are already set for a huge change in personnel this summer when their current manager Luis Enrique makes way for a new manager.

According to the recent reports FC Barcelona are looking forward to splash the cash on a ton of new faces following their disappointing Champions League exit, but anyhow a late winner by Messi against Real Madrid in Sunday’s Clasico means they’re still in with a chance of the La Liga title.

And previous reports say the 23-year-old Argentina international Paulo Dybala, who is currently playing for the Italy giants Juventus is the key target for Barcelona and has been linked with a world-record move despite signing a new five-year Juventus deal earlier this month.

But the technical secretary of FC Barcelona, Robert Fernandez has told fans not to expect either of the rumours to come true.

As Robert Fernandez told RAC1, “[Neymar] is totally untransferable. He (Dybala) is a magnificent player, but we already have the best three [forwards] in the world.” 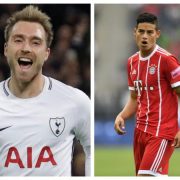 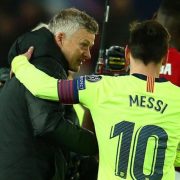