The Red and Gold have signed the new Indian youngster from Dempo S.C for upcoming I league.

The Red and gold brigade sign the new winger to their squad for their I league campaign.

The 24 year old Indian winger Romeo Fernandes was with FC Goa  in the third edition of ISL, and earlier in his life he plays his football in Brazilian league with Atlético Paranaense back in 2015.

The Indian player also made his international debut few months ago and in this season for his ISL side FC Goa e has made 12 appearances for them and netted one goal for them.

The 24 year old also got a ton of experience in the I league, in his earlier season he was with the Dempo side and he played four top flight level footballs (I LEAGUE) with them. 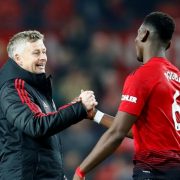