Paulo Dybala could leave Juventus this summer and can head towards Real Madrid. The Argentinian Superstar is currently ‘Unhappy’ at the clubas reported bt AS.

Dybala joined Juventus in 2015 from Palermo and soon established himself as a Superstar there. He played all totat of 149 games at Juventus . In this perid , he helped the club in winning 3 Coppa Italia and 2 Supercoppa Italiana Trophies.

But the arrival of Christiano Ronaldo at Juventus changed everything . His game as ell as his performance got affected by it. And soon can move away from the club to get his game back.

Depleted Real Madrid is in the lookout for their next superstar after the departure of Ronaldo.  Pablo Dybala’s unhappiness at Juventus could give the Los Blancos , their next Superstar.

The Argentine has been warmimg the bench since the arrival of Ronaldo. He was the only substitute , who was not used against Parma. He went don at 86th minute and later apologized for his actions . Dybala was again on the bench against Sassuolo on Sunday.

When it comes to Spanish transfer news, AS is considered as a reliable source to get the news. While Real Madrid is in the lookout for their next Superstar and Dybala could be the one.

Juventus are scheduled to play against Frosinone FC at Allianz Stadium on February 16 and Real Madrid will play Ajax on their First leg of their Champions League Round-of-16 . 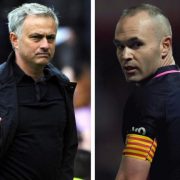