The star of Germany international and highly rated Draxler united with the Bundesliga side just a year ago but is but is already made up his mind to leave Wolfsburg, staying firm on his words he said that they guaranteed him he is free to move on

The 22-year-old winger marched towards the Volkswagen Arena from their league rivals Schalke in August 2015, leaving behind the offer from big clubs such as Juventus and Arsenal.

However, the Germany highly rated star spoke as he is all set  to move on, mentioning that the club mutated to let him leave.

“Before one goes public, they should also have a word with themselves," he told Bild.

“I expressed myself clearly after the Euros, with coach Dieter Hecking, that I want to leave Wolfsburg. The coach has known for more than three weeks.

“Two days after the semi-final defeat to France at the European Championships, I told him how I see the whole situation and what I want, which is to leave the club.

“I was verbally assured with my transfer in August 2015 that I can leave the club when given opportunities. From Hecking as well as technical director Klaus Allofs.

“It was always clear between all parties that I would like to go to a top international club if the opportunity arises. It was discussed that we speak rationally with one another, if other clubs show interest." 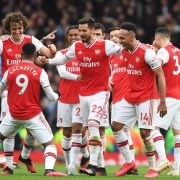