The visitor’s side opened the scoring through Fulganco Cardozo in the 31st minute but Marcelinho’s hat-trick and Richard Gadze’s two goals helped the home side to climb to the second position of the Hero ISL 2016 table.

The Gaurs were already out of semis before heading to the capital for their second last match, where they suffered a huge 5-1 defeat against the high- flying Delhi side,

On that the FC Goa’s head coach Zico expressed his disappointment at a season growing worse by the day.

“I said in the beginning of the league that Goa shouldn't have participated this year because when all other teams were preparing themselves, we were facing trials because of last year's fines. So when we started our season the first thing that we looked at was who all we can keep from last year's team so that we can continue further but by that time so many players who we wanted to keep had already signed for other teams, and by the time we got the green signal from the authorities that we could sign players, it had to be done in the last minute,”

Zico continued: “Also, if there weren't bad decisions from the referees in crucial games in the beginning of the season, things would have been much better and we could probably have been there in the top 4. Due to the fact that we couldn't pick our choice of players we had to pick some players who had injury problems, so instead of starting with them we had to make them recover first and then play. So if we're going to start a season in a bad way, it's going to end in a bad way. But this is part of football and we have to pick good lessons from it, so that we can start new and fresh for the next season and do well.”

The Brazilian legend Zico also admitted that Gianluca Zambrotta's men were too hot to handle on Sunday night.

As Zico said, “It was a difficult situation for the team. Our team was very tired from the game against Kolkata [on Thursday], so we had to put in a fresh team to play. It was only after three days and the players weren't able to play together since it was their first time in the formation. Delhi is a very good team, very compact; they know how to play their game. In the first half, we held them but in the second they found their way. The other thing is that when there is a motivation factor you play in a certain way, like if the team is in the hunt for the semis… We had nothing like that going for us so that also played a role,”

And when the 63-year-old has been asked if he thought Delhi Dynamos was the best side this season,

“I think there is a lot of balance in this league. We can see by the results. You can see the team at the top is Mumbai City FC, the only team we didn't lose to. Some matches we could have drawn and some we could have won, so I don't think Delhi are the best. All teams are equal,” Zico admitted.

According to Zico, domestic players need to be given more opportunities in order to improve the standard of Indian football.

“I regret to say that in these three years not a lot of Indian players have played. Foreigners have been given more opportunities, so Indian players haven't got a lot chances and they haven't developed as much, hence they can't be compared with the foreign players.

“So I spoke to some players from Bengaluru FC, who played against the Iraq team [in the AFC Cup final]. The Iraqi team had five players trained by me [in the past]. So these Bengaluru players said there was a lot of difference between the Iraqi players and them mentally and physically and it was difficult for them to play against them… When you play with a lot of foreign players, you suffer when you play against teams from Iraq and the UAE, where football is more developed. That's why we need to focus more on Indian players. We need to play 8-9 Indian players consistently and then you can ask me if they have developed. I don't like to say all this because I don't want to lie to you and just make you happy. I've not come here to please everyone. I understand football and I want to see it grow.” Zico concluded. 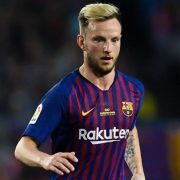