The Kerala based Indian Super League club Kerala Blasters FC advanced to the final of Hero Indian Super League 2016 following a 3-0 victory over the high- flying Delhi Dynamos FC on penalties in the second leg of their semi-final at the Jawaharlal Nehru Stadium in New Delhi on Wednesday.

The match ended 2-1 in Delhi’s favor after 90 minutes and went into extra-time with the score tied 2-2 on aggregate, which took the game to the penalties, on what the first season’s Indian Super League runners up Kerala Blasters FC advanced to the final of Hero Indian Super League 2016.

And the former Manchester United and England international Steve Coppell, who has guided the Kerala Blasters FC to the ISL 2016 final has admitted that his team deserved to make it to the final for their hard work over both legs,

As speaking to the media at the post-match press conference, Kerala head coach Steve Coppell said,
“I thought our best shot at winning the game was in normal time and that left us a bit vulnerable at the back, and in extra time there wasn’t really much going on and then it was down to the penalties. Did we deserve to win? I think over the two games we did, it was very close and respect to Delhi. Their players have been superb throughout the season and they played with ten men for such a long time but still there were well organised and still had a cutting edge, so compliments to them and to my players for hanging in there and the penalties were dramatic and we are grateful to be there,”

And when the former English international has been asked, if the penalty-shootout win gives his team any types of momentum,
Coppell added, “We are grateful and happy to be in the final and we have got to do all the protocols to recover and get set for the final and the team was in the final in the first year and [left] an unfinished business and we hope we can put a good show against Kolkata, the only team to make nine changes over the two legs of the semis. That shows the depth in their squad and that is nothing but respect and we have got one suspension [Josu] and it will be a difficult task for us to recover as 24 hours make a big difference that gives them [ATK] an edge but our edge is the crowd and the crowd gives us wings.”

When Steve Coppell has been asked, if playing the final at home will be an advantage for the Kerala Blasters,

Coppell explained, “I think the league is making it difficult for us, to be honest and this [semi-final second leg] should have been played in Kochi and if we won in Kochi, then we would already be there waiting for the final and now we have got to travel back and there are no hotel rooms in Kochi, so we are stuck here for a bit, so the league has made it very difficult for us and we have to overcome that,”

“Of course I just said that the best way for us was to win it in 90 minutes, so you will have to define for me what ‘all out’ is and we played 4-2-4 for at least 30 minutes of the second half and I can’t see how we could be more ‘all out’ than 4-2-4 and we left ourselves vulnerable, so as far I am concerned we were as positive as we could be.” The 61-year-old English man concluded. 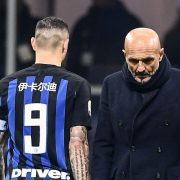