The formal Crystal Palace coach says that his team isn’t trying to earning penalties by regaining to hindrance.

In their third match at ISL season 3 Kerala Blasters have managed to earn their first points against Delhi Dynamos, where they manage to draw against them by 0-0.

The 32 year old English footballer was the closest to score a goal for in the first half but the Delhi goalkeeper Toni Doblas denied his effort.

“We kept the ball a lot better. We tried to be progressive from the back. Delhi play with a sitting midfield player and it's hard to break them down. But I thought we didn't over-commit ourselves. We played our game plan. But we did not get a break.

“Michael had a couple of chances and we had several crossing opportunities. I was pleased with our discipline and commitment. I hope that we get goals soon to make our incredible supporters happy. They were magnificent. It’s such a special environment to play,” he said at the post-match address.

In their last match they lost their match against Atletico De Kolkata by 1-0, and then they again ended their match by 0-0,the 61 year old English man believes that this kind of game decide by moments of encouragement.

“We were competitive. Most tight games are decided on a moment of inspiration, a defensive mistake or a refereeing decision. Both teams could argue about the refereeing decisions. Both calls were probably right in the end. We needed a bit of magic but it didn't happen,” he explained.

“All we can do is work hard and keep practising in training. Sometimes, if you watch our training sessions, you'd be amazed at the level of finishing and shooting. I'm not turning a blind eye to the problem. But I believe goals will come. Week-by-week, we keep pushing and my players are so genuine.

I feel they will get their reward shortly. Today we opened our account (got a point). Next game, we need to push on,” he added. 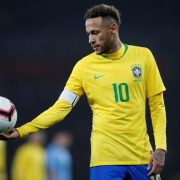