The 20 year old Totteham youngster Dele Ali is linked to move to the French Capital PSG this season, but the England international reveals that he is happy to stay at Tottenham.

Dele Ali in 2015-2016 he has won the PFA Young Player of the Year award and he forced his way into the England set up,

The 20 year old attacker joins the Tottenham side in 2015 from MK dons and established himself as a one of the best players in the Tottehman squad.

Ali told to Sky sports at a premier league kicks events that he is not thinking about leaving the White hart lane right now and he want to stay with his current side and grow him as a more compact football player.

The attacked said that:

"It's all just rumours to be honest with you,"

"I have just signed a new contract with Tottenham, I am happy here. I couldn't think of a better place to be at my age.

"It has been a great year for me, I have had a lot of success in my career so far but I have got to keep improving, keep getting better, and make sure 2017 is even better."

Last Sunday the Tottenham side plays a FOOTBALL MATCH against the Manchester united at the Old Trafford and they faced a defeat form the Red Devils by 1-0, and now they are sitting at the fifth of the table and they are 10 points away from the leaders Chelsea.

The 20 year old Tottenham star believes that they are still in the title race this year.

"We are a team that is confident in ourselves, we fancy ourselves against anyone.

"It is no good being good in halves of games or in one game and not in the next one. When we find our rhythm, I am sure we will be a great team again." 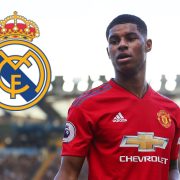