Real Madrid manager Zinedine Zidane has reported that the star forward Cristiano Ronaldo will not be fit for their first super cup match against Sevilla on August 9 and could also miss their la Liga opener match against Real Sociedad.

The 31-year-old star forward has recently led his national side in UEFA Euro 16 and also they named their nation as winner after winning the final against hosting team France.

The star forward is currently under recovery of his knee injury after getting injured in the UEFA Euro final against France.

In an interview Real Madrid manager said, “Cristiano is out for the Super Cup. In the first game of the season, we'll see,"

"His injury needs one month and then he has to prepare, because he will not be at his best after a month without doing anything.

"Between the Super Cup and the league opener will be 10 days. We'll see. He'll be with us, but I don't think he will play the first match [of the league season]." 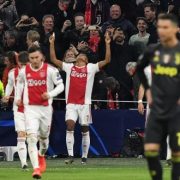