The Real Madrid superstar has said "I'll be back in no time". Cristiano Ronaldo also thanked his fans for their immense support as he won UEFA Best player award for the second time in his career.

The Portuguese forward got injured in the finals of the Euro 2016 and since then haven’t made any appearances for Real Madrid, but assured his fans that he will be back soon as he is working hard on the recovery from his knee injury.

Real Madrid and Portuguese superstar forward Cristiano Ronaldo has beaten Gareth Bale and Antoine Griezmann to the race to the UEFA Best Player.

Recently Ronaldo was left out from the Portugal’s national squad for a friendly match against Gibraltar and also missed out few games for Real Madrid, but the star is determined to make his return soon.

Cristiano Ronaldo said "I'll be back in no time," by posting a video of his tranning on Instagram page

"Thanks to everyone, to my team-mates, who helped me to win the award.

Madrid superstar Cristiano Ronaldo says he wants to spend some more time in his team and will retire when his age gets to 41. Currently, he is of 31 and one of the most celebrated players of the soccer universe.

The superstar also added "I'm in the best club in the world and I want to finish in this club at 41. Now I need to be calm but I'm aim is to extend my contract and stay in the club that I like the most.""I want to maintain myself at this level. I will work to achieve it as I've done every year. I don't need to look at anyone else, I motivate myself. What I want is to be competitive for another year." 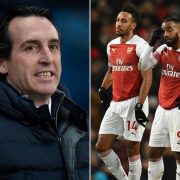