The Blues manager doesn't have  any kind of anxiety issues over teams focusing on Eden Hazard as he feels that  Hazard is more than capable of Enduring the physical pains on field,

Antonio Conte believes no team has the ability to bullyrag Eden Hazard by using unfair means.

Conte said so because Hazard had been on the firing line against Manchester United in the FA cup quarter final where he has been on the receiving end of innumerable fouls.

The 26 year old Belgium midfielder has been in magnificent form and maybe that is the reason that  all other sides are narrowing him on target,

In the press conference on Friday the Blues boss answered all the questions lurking around Hazard  been the targeted by other teams  in the clash against Manchester Ander Herrera was shown the door by referee after his infringement of rules  on Hazard repeatedly.

Conte voiced: "I understand in football there are these types of situations and you don't always face teams who want to play football,"

"Eden is showing great football but also great character and personality in every game. He is a type of player who is very difficult to stop and for this reason you try to stop him with a good or bad way.

"But I'm not worried about this because Eden is very strong physically, and he's showed me he's able to play in this league. He's not tall but he's strong.

"During the game it can happen to get kicked, it's normal, but the referee must pay great attention and try to respect the rules because football is a great sport." 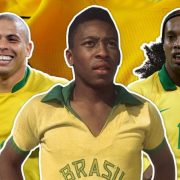