The 47 year old Italian manager made a sparkling start his life at Stamford Bridge, but he admits that to harmonize to this league is not so easy.

The Italian manager Antonio Conte admits that it is not an easy job to getting used to the Premier League football after the Sky Blues Boss (Manchester City) Pep Guardiola hit out at illustration of the norms in England.

This season the Chelsea side is playing a factious football and they are sitting at the top of the table and they are seven points clear from Manchester City team.

On the other hand Manchester City won their EPL match against Burnley City by 2-1, with ten men.

The Spaniard coach is not happy with the referring in their last match where their player Fernandinho earn a red card and their counterpart player Ben Mee scored a goal against them and the coach thinks that the goal is an unfair goal.

The Manchester City manager voiced after that match: "Here, and all around the world, the rules say the goalkeeper in the six-yard box cannot be touched,"

"Okay so I have to adapt and I have to understand there are special rules here in England."

There question asked to the Italian Conte about Guardiola’a comment and about their match against Tottenham in Wednesday.

Conte replied: "In general when you change country you have to bring your philosophy, it's not easy and it's important to take time to work with your players and to try and bring your method but for sure it's not easy.

"If you think you want to change everything you make a mistake and it's important to concentrate on the most important thing for us and then to try and change something and to bring your own method and idea." 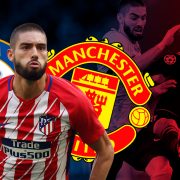