The Veteran Italian coach believes the player’s recruitment at the Camp Nou in the recent years has not been as positive as in his former club real Madrid.

The former English manager thinks the Catalan giants never properly replaced Xavi despite they have some of the world’s finest attackers in their squad.

Capello thinks the Argentine Ace Lionel Messi is a “phenomenon”, Neymar is improving his game day by day and also, on the other hand, Luis Suarez is an ideal center Forward what Barcelona have been carrying out for.

However, he feels the Catalan team fails to address at the center of the midfield.

In respect with Barcelona Capello thinks player recruitment at the Santiago Bernabeu has been largely effective.

Capelo thinks: "The problem for Luis Enrique is the center of the park,”

“He has an incredible attack, but in midfield, he doesn't have Xavi – who has never been properly replaced – and Iniesta has suffered injuries.

"On the other hand, Real Madrid have made very good signings and above all picked the time to do it well, while Barcelona haven't reinforced their squad as they may have liked to."

"The three are excellent in terms of quality and creativity, but above all they provide the perfect mix of attributes.

“[Luis] Suarez is the centre forward that Barcelona had been looking for for a while, Neymar has improved a lot and [Lionel] Messi is the same phenomenon as always. This front three is frightening."

The Italian coach is excited to see the match where Barcelona will take down Juventus in the Champions league quarter-final as he has spent many years with the Turin side as a player and as a manager.

He added: "It will be a hard test for them, but the defenders at Juventus are champions,”

“They will need to be alert, and above all they need to make sure that they play until the final whistle. They know what happened to PSG." 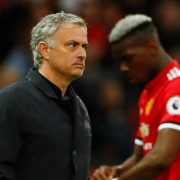