Last night the Blues have lost their match against the Tottenham side by 2-0, and with that their winning streak has come to an end in the premier league this season.

The 31 year old English international and Chelsea Defender says that he and his team mates are not “Robots” after they lost their match against Tottenham side last night in the EPL.

The 20 year old English international and Sprus attacker Dele Ali scored in both the half for Sprus and because of him Tottenham side emerged victorious against Chelsea side.

The Blues defender and captain said that they are human only but also he accepts that his side could have “gone to the next level” by winning the match against their rivals in past night.

Cahill voiced: "We're not robots but at the same time we're disappointed. I thought we could have gone to that next level,"

"We were a little bit short of the levels that we've set this season. You can't be short at places like this. Credit to them, they did well and got the result.

But the Blues captain is adamant that his side will bounce back in the EPL.

"We're disappointed with that but it's after a run that's been fantastic. It's one game. It won't affect us mentally.": he added. 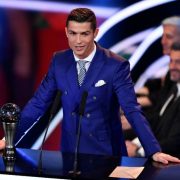