The Catalan defender avouched any new signings welcomes at Barcelona, as the Catalan giants continue to be linked with the Brazilian and French youngster.

In Liverpool’s last match against Hoffenheim, Coutinho was not in the Liverpool starting lineup because of his back injury and Busquets was talking about the departure of Neymar and the potential players who could fill his spot at Barcelona.

Ahead of their second leg Spanish super cup match against their Arch rivals, Real Madrid Busquets said: "We try to improve the team regardless of the result of the Super Cup match.

"Those who come will be welcome. After Neymar's departure, we know that we need mostly offensive players, but we need to improve in all positions and aspects.

"With Neymar's departure evidently the team lost an attacking level,

because you realise the footballer that is Neymar, there everyone will agree.

"Aboutthat we have Messi-dependence, in the end when you have the best player in the world in your team you know that the more he participates the better for the team." 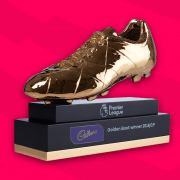